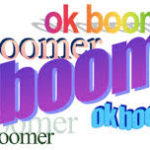 In the 20 years during which I have been studying aging, I have run across many warnings from social and political commentators of the so-called coming “Age Wars.”

This usually comes in the form of apocalyptic predictions of a conflict between a growing older population enjoying robust government entitlements and an anxious and underemployed younger generation. The “War” refers to younger people demanding the jobs of older workers through forced-retirement practices. The demands also include the reduction of government spending on senior entitlements and the repeal of tax laws that favor elder taxpayers,all with an accompanying redeployment of funds to projects that benefit younger folks.

In other words, Age Wars usually include the redistribution of opportunity and money from old to young, in the belief that the old get too much at the expense of the younger generation.

The subtext is also that the old are undeserving of such largesse. At times, Age War warnings even allude to a possible requirement of euthanasia for people reaching a certain age.

Euthanized just for reaching a certain age? This seems too far-fetched.

Yes, but, consider an article from The Atlantic, “Why I Hope to Die at 75” by Dr. Ezekiel J. Emanuel, suggesting that everyone check out by their mid-70s. The article got a lot of traction—so much so that a special issue of MIT Technology Review—titled Old Age Is Over…If You Want It—included the die-at-75 article along with its chronicle of medical and scientific breakthroughs that account for longer and healthier aging. Yes, there are euthanasia proponents for the aged, just as there were for the disabled and for girl babies in certain cultures.

For us Boomers leading good lives in semi- or full retirement, it all feels foolish to discuss Age Wars. It can’t possibly take place, right?

In the past, it was easy to scoff at these notions. Yet, today, in this age of longevity, we have heard people of all ages criticize Social Security for being available without means testing, Medicare for being available to seniors who can afford private insurance and resentment that older workers keep jobs when they should have the grace to retire and leave the stage open to young workers.

We have never felt better. The U Bend  says we are happiest at this stage of life. So what could really threaten us? But as victims of any war will tell you, complacency is a lousy defense. Vigilance is better.

Until recently, I ignored the notion of Age Wars. My personal battle with ageism was fought internally. I fought my predilection to see wrinkles as unattractive…my penchant for using phrases like, “He looks good for his age.” I still hear my Mom’s words ringing in my ears, when at age 90 she said, “I won’t enter assisted living, because there are too many old people there.”

But while we as Boomers may be ageist ourselves and while the culture around us may be struggling with ageism, Age Wars are not really about age—they are about perceived inequality, mostly economic. And young people, especially teens and members of Generation Z feel that we have ruined the planet with our selfishness and disregard for its fragility. Many of us agree. But we did not anticipate the ferocity of their position. It is not really about our age.

Eventually, if we are lucky, we all will get old. Any lack of understanding that we have about what older people are like will disappear as our own aging educates us on the topic. Any notion we hold that renders older people as the “other” will gradually disappear as we move from young to old, life goes on and the years pile up on us.

But Age Wars are not about age differences alone. It is about perceived political and economic differences. It is similar to the dislike, even hate, of the so-called 1% and the conflict of perceived contradictory values. I say “perceived” because no time is taken to actually understand how the 1% got to where they are nor to discover what an older person thinks or believes. As with all prejudice, Boomers are labeled, judged and hung without a just trial.

Speaking of trial, let us take the matter of “OK Boomer” being litigated in the courts right now.

The Supreme Court of the United States in Babb vs. Wilkie, argued on January 15, 2020, is now deciding an age-discrimination case. Oral arguments prompted Justice Roberts to ask attorneys to address the question of whether saying “OK Boomer” in the workplace to an older worker is actionable under federal law. If you are not familiar with OK Boomer, check out Wikipedia…

“The phrase ‘OK Boomer’ is a pejorative retort used to dismiss or mock perceived narrow-minded, outdated, negatively judgmental, or condescending attitudes of older people, particularly Baby Boomers. The term has been used as a retort for perceived resistance to technological change, climate change denial, marginalization of members of minority groups or opposition to younger generations’ ideals.”

How did the word Boomer morph from a designation of a generation to an actionable slur, politically incorrect, prejudicial and maybe even hate speech?

OK Boomer was popularized online as a reaction to a TikTok video of an older man criticizing younger generations for having a Peter Pan complex and refusing to grow up. Funny, I thought us Boomers were the generation accused of having a Peter Pan complex. In any case, the curmudgeon was met with “OK Boomer,” signifying the dismissal and derision of his ideas…but the phrase soon became a universal cry against all elders, presuming that we all think as he does.

One teen created an online business selling tee shirts that read, “OK Boomer, Have a Terrible Day.” Although I dislike the sentiment, I do applaud the entrepreneurship.

Today, younger politicians use the phrase for older opponents, and advocates for causes use the phrase to deride the ideas of anyone who is older and disagrees with their point of view. In this way, “Boomer” has become disassociated with age and associated with a way of thinking that many feel outdated, wrongheaded and just plain stupid.

OK boomers, what should we do about this new attack on our generation?

Do we employ fight-or-flight? I believe that history teaches us to act in an elder statesmanlike fashion and try some of each. Insofar as the phrase “OK Boomer” could be seen as discriminatory in the work place, its use must be stopped. Boomers are not universally technologically challenged, and we are not “deadwood.” (A term I heard used in a law firm when I was a young associate to describe the older partners.)

Insofar as legal rights are concerned, including the right to live out our natural years past 75 (if it comes to that), we must fight. And we must not take ageism, age discrimination or Age Wars lightly.

Nooses are often tightened inch by inch around the necks of oblivious victims.

Wake up Boomers—to many younger people, we have become the “other.” No matter how many times you marched for civil rights or were arrested at your college sit-in or smoked weed or “danced” through the summer of love, you are square man, square.

But if we seek to be seen for the whole person that we are, a court battle over language is not enough. We must take responsibility for how younger generations and our own generation see us. If we are going to be blessed with 40 years in retirement, we ought to do more with those years than vegetate. We need to contribute continually and stay relevant to the world around us.

Age alone is no badge of honor in our society. Don’t expect respect just because your birthday is in the big numbers.

Our greatest achievement may be that we truly redefine aging not just as healthy and happy for longer but as effective and relevant for longer. Continuing contribution will be our legacy and will stand as a beacon to young people to never fear their own aging in light of the success of ours.

The Win-Win of Age Wars

As we age, we begin to look at our legacy. We deemphasize our singular place in the world and become concerned with the fate of others. Some call this “life review.” In advanced age, we meet our higher selves and get more in touch with communal interests. Sociologists call this life stage gerotrancendence.

We don’t have to wait until extreme old age to recognize our power to support the younger generations, even if we sacrifice something for ourselves. Let’s be attentive to younger generational issues. Listen to them. Decide if you can help, then act and vote accordingly. You might even find yourself on a march or two…remember how it felt to try to change the world for ourselves? How much sweeter it is when acting for our children.

Ironically, when we were younger, we were agents of change in the world because we didn’t care what people—our parents’ generation—thought of us. Now, as older citizens, we seek to effect change precisely because we do care about the legacy we leave and how history will regard us.

Let us rephrase the discriminatory language from a surly OK Boomer to a congratulatory OK 👍 Boomer! Groovy.